General Bipin Rawat, UYSM, AVSM, YSM, SM, VSM, is the 27th Chief of the Army Staff of the Indian Army and has taken over the office on December 31, 2016. He has been appointed after General Dalbir Singh, who was relinquished from his appointment. He has been brought up by a family, who has been serving army for generations. For Rawat’s truly exceptional performance within MONUC, he was awarded the Force Commanders Commendation. 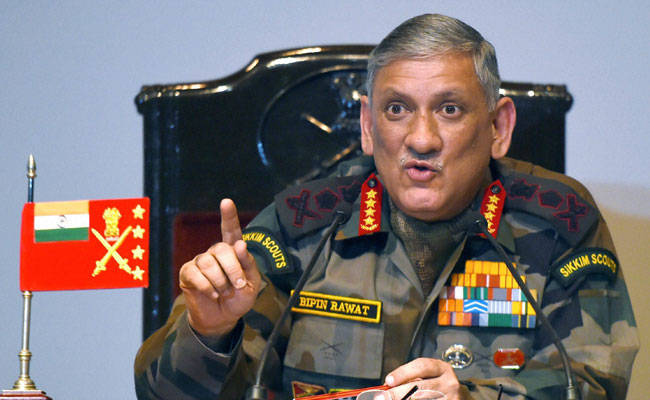 Bipin Rawat, was commissioned into the 5th Battalion of 11 Gorkha Rifles on December 16, 1978, which was the same unit as his father. As per the Defence sources, Rawat has immense experience in high Altitude warfare and 10 years of counter insurgency operations. Including this, he has also commanded a company at URI, an infantry battalion in the Eastern sector at Kibithu, 5 sectors of Rastriya Rifles, 19 Infantry Division, III corps and GOC-C Southern Command.

He has been posted as the General Office Commanding in Chief, Southern Command on January 1, 2016 and assumed the post of Vice Chief of Army Staff on September 1, 2016. Following that he has been appointed as the 27th Chief of Indian Army Staff, heading two senior Lt.Generals, on December 17, 2016.