It is a matter of great prestige and honour to say that once again we received the second Women President of India. Draupadi Murmu has been selected as the second women Indian President. She contested against Yashwant Sinha and finally won the vote. If we discuss about her life, we will get to know many things. She was actually a tribal leader who came from Rairangpur in Mayurbhanj District that comes under Orissa. She originally started her career as a teacher. She is considered to be one of the most famous tribal leaders of Orissa. She had to struggle a lot in her life to get this position. She was born on 20th June, 1958. Right from the beginning of her career she was a supporter of Bharatiya Janata Party. She belongs from a tribal family in Orissa. He early life started as a teacher. She also worked as Assistant Professor at Shri Aurobindo Integral Education and Research Institute. Soon after this, she also served the position of Junior Assistant at the irrigation department of the Orissa Government.

It was in the year 1997, when she started her political career. She always supported BJP. She was elected in the position of a Councilor of the Rairangpur Panchayat. It was in 2000 she became the Chairperson of the Rairangpur Nagar Panchayat. She also became the Vice-President of BJP Tribal Morcha. Because of her dedication for work and good work she became the Governor of Jharkhand in 2015. In fact, she was the first tribal women who became the Governor of the Indian State. It was also a matter of great honor for her. But she is a person with soft voice and great personality. After this, she has also received a good number of awards and recognitions for her great contributions for the people.

It is known from various sources that her husband Shayam Charan Murmu passed away in 2014. She has one child who is named as Itishri Murmu.  After winning the presidential election in 2022 Draupadi Murmu has achieved a lot of things that she deserves. This is all because of her honesty and hard work.  Her husband was a banker. There is a tragic part of her life. She had two sons who eventually left her at an early age. Both his sons left her from 2009 to 2015. Draupadi Murmu or Tudu has gained a lot because of her great work. 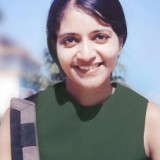