Elattuvalapil Sreedharan, is a former Indian Engineering Service officer, who is also fondly known as ‘Metro Man’. He served as the Managing Director of Delhi metro, from 1995 to 2012 and during this period Konkan Railway and Delhi Metro have been built under his leadership. This is one of the most important milestones in the Transportation history. He has received most honourable award like, ‘Padma Shri’, in 2001, ‘Padma Vibhushan’, in 2008 and ‘Chevalier de la Legion d’Honneur’, in 2005, from the Government of India. 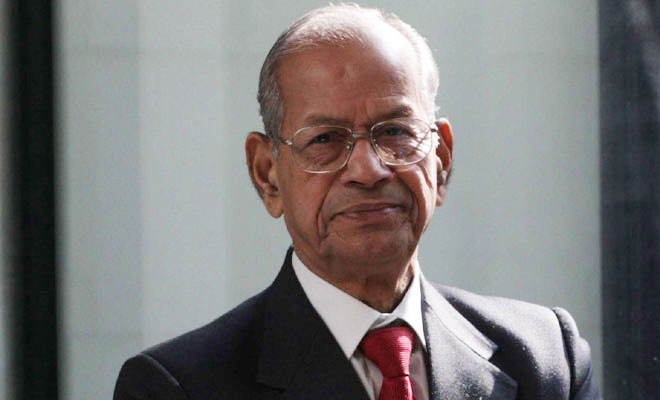 He started his career as a lecturer in Civil Engineering and worked in the Government Polytechnic, Kozhikode. He was also an apprentice in the Bombay Port. In the year 1953, after clearing the ESE-1953 exam conducted by UPSC, he joined in the Indian Engineering Service and in the year 1954, he was working with the Southern Railways as a Probationary Assistant Engineer.

He became popular, when he restored the cyclone affected Pamban Bridge, within 46 days and was awarded for his achievement. In 1970, he was promoted as the Deputy Chief Engineer and was assigned the task of implementing Kolkata Metro and he completed the same, by surprising everyone. He has also appointed as the Chairman and Managing Director of the Cochin Shipyard limited and much delayed process of building a ship, was completed during his service and the first ship ‘M V Rani Padmini’, was launched in 1981.

He has also involved in the construction of Konkan Railway, Delhi Metro and Kochi metro. He is known for isolating the project from political pressures and completing the task, within the specified time period. He has also won many prestigious awards for his achievement and his biography has been written as a book by ‘M.S.Asokan’.