Sanju Samson is an Indian Cricketer: He was born on 11 November 1994 in Trivandrum, Kerala, India.  Sanju came in the limelight during 2013 IPL tournament as a youngest player to score a half century. Sanju Samson is right hand batsman-wicketkeeper who has earlier played in IPL for Rajasthan Royals and Kolkata Knight Riders but now he plays for Delhi Daredevils. Sanju plays for Kerala Cricket Association XI in the domestic level cricket. 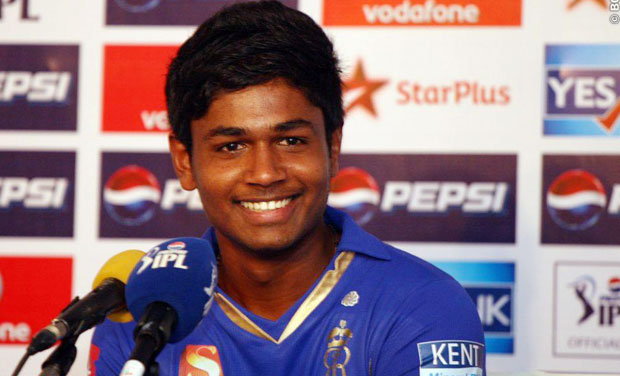 Sanju Samson’s performance, during the Asia Cup (under 19) in UAE in year 2013-14 was the turning point of his career, when he scored 100 (87 balls) in the final against Pakistan to win the trophy.  Sanju had played for Rajasthan Royals in IPL tournament earlier and gained experienced as a better batsman. He was retained for 4.2 crores INR by Delhi Daredevils this year. The team Delhi Daredevils is owned by GMR Group. Paddy Upton is the coach and Rahul Dravid is the mentor of the team. The team has two grounds Feroz Shah Kotla, Delhi and Shahid Veer Narayan Singh International Cricket Stadium, Raipur. Sanju Samson always wanted to be an IPS officer but today his father has left his own job of Police Constable at New Delhi and decided to assist his son in his cricketing career. Sanju disliked fielding and that made him to take-up the job of wicket-keeping.

The Delhi Daredevils have retained Sanju Samson for an amount of 4.2 Crores INR.