Kuldeep Yadav is an Indian First Class Cricket Player who was born on 14 December 1994 in Kanpur, Uttar Pradesh. He is a left-handed batsman and his bowling style is slow left-arm Chinaman. He is a very talented bowler and he will currently play for the Kolkata Knight Riders. The captain of the team is Gautam Gambhir. The Coach is Jacques Kallis and Shah Rukh Khan and Mehta group owns the team. The team was founded in the year 2008.

Kuldeep Yadav started his career as a fast bowler but his coach asked him to shift to the other form of bowling called as Chinaman. It was tough for him in the beginning but he later adopted the style and mastered it. Kuldeep has played 22 first class matches and he has a batting average of 28.92 and a bowling average of 33.11. He is a young talented bowler and he has played for various teams like Central Zone, India U-19, Mumbai Indians, Uttar Pradesh U-19 and Yadav will now be a part of the Kolkata Knight Riders. 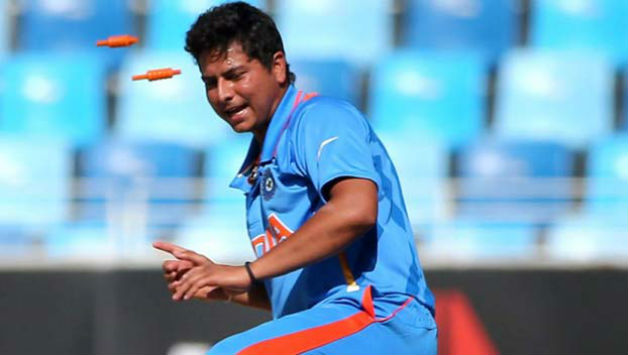 The Kolkata Knight Riders bought Kuldeep Yadav for an amount of 4 Million INR.