Reema Lagoo, is an Indian Actress, who is prominent for her performance in the Hindi and Marathi Film Industry. She is known for performing in supporting roles and has starred in many Hindi and Marathi films. In addition to film, she has also appeared as lead in a Marathi serial and also performed in pivotal role in Hindi comedy serials.

She made her acting debut in a Marathi stage play and later found her way into the Marathi film industry, through the film, ‘Simhasan’, in the year 1979. Following this, she made her debut in the Hindi film, ‘Kalyug’, in 1980, where she played a supporting role. Including this, she acted in numerous Hindi films in supporting roles like, ‘Rihaee, Police Public, Aashiqui, Henna, Saajan, Prem Deewane, Dilwale, Rangeela, Deewana, Kal Ho Naa Ho, Mumbai Cutting, I Love NY etc’. She has also appeared in many Marathi films like, ‘Savalee, Agnidivya, Anumati, Jaundya Na Balasaheb etc’. In addition to the film Industry, she has also made her mark in the Hindi Television Industry. She has played roles in Hindi series namely, ‘Khandaan, Kirdaar, Dhadkan, Tu Tu Main Main, Naamkaran etc’. For her performance in the series, ‘Tu Tu Main Main’, she has also received an ‘Indian Telly Award’ under the category of, ‘Best Actress in Comic role’.

Today around 3.15 am, she passed away due to Cardiac Arrest in Kokilaben Hospital, at the age of 59 years. She did not have any other health issues during that time. 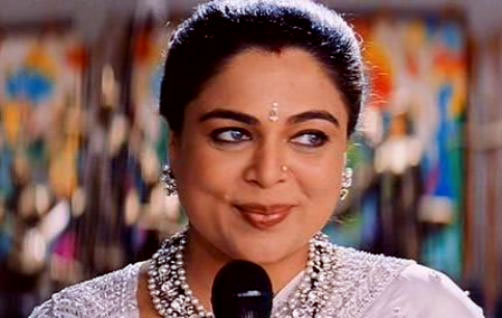