Vaiyapuri real name is Ramakrishnanand and he is a famous Tamil Actor and Comedian. He is a very popular actor in the South Indian film industry. He is famous for his roles as Comedian which suits his personality perfectly. He is one of the contestants of Bigg Boss Tamil 4. 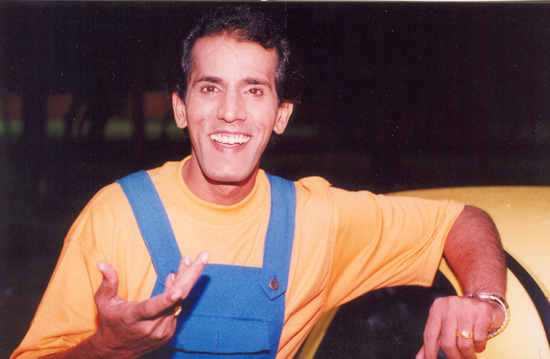 Vaiyapuri played a servant role in his first film Balu Mahendra film Raman Abdullah. He is the chief guest judge on Asathapovathu Yaaru on Sun TV in Chennai. He is famous among his fans for the roles he played in Kamal Hassan movies. He worked in few Bollywood movies too. Some of his famous movies are Pokkiri , Osthe, Mumbai Express,Raavanan and many more. He played supporting Roles in numerous Tamil movies. He is actively working since 1993 in movies.

He was born in Theni, Tamil Nadu, and India where he completed his early high school education. He completed his higher education before entering the South Indian Film Industry. He is married to Anandhi and blessed with a boy named Shravan. He is a Hindu by Religion.