India’s famous stand-up comedian Raju Srivastava gained name and fame by cracking jokes in the show Great Indian Laughter Challenge. From starting mimicking in small village programs to great forums, he has struggled a lot. Let’s know more about him through the below information: 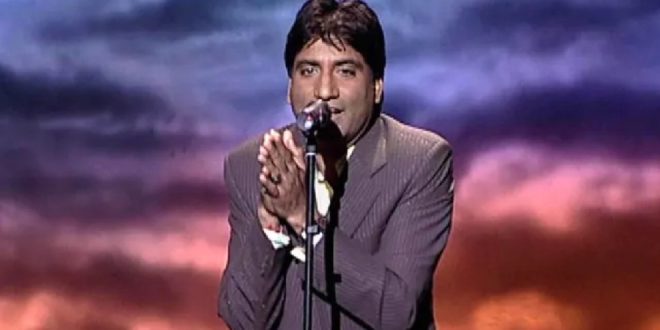 He is a creative comedian, politician, and actor who rose to fame through the comedy show The Great Indian Laughter Challenge. He was born in a middle-class Hindu family on 25 December in Kanpur, UP. His father and mother’s names are Ramesh Chandra Srivastava and Saraswati Srivastava. He completed his early studies in Kanpur and was later sent to Mumbai to become a comedian.

Late Raju Srivastava earned fame as an Amitabh Bachchan look alike, and after being role in the blockbuster Rajshri film Maine Pyar Kiya. He did multiple minor roles as a comedian in several movies. After making his debut in Maine Pyar Kiya, he acted in Bombay to Goa and Bazzigar movies.

He also worked as an actor & comedian at the same time in Aamdani Athanni Kharcha Rupaiya. He and his wife later participated in a dance reality show, broadcasted on StarPlus. In addition, he has also seen on multiple TV shows, such as comedy nights with Kapil, Indian Mazak League, Mazaak Mazaak Main, etc.

He started his political career by participating in the Lok Sabha election in 2014. On 19 March 2014, he joined BJP.