Kumar Vishwas, is an Indian politician, National Executive of Aam Aadmi Party and also a poet, known for his works in the Hindi Language. He has also participated in the poetry recitation and functions in abroad like, ‘USA, Dubai, Singapore and Japan’. He has also supported Anna Hazare in the anti-corruptional movement, led by him. 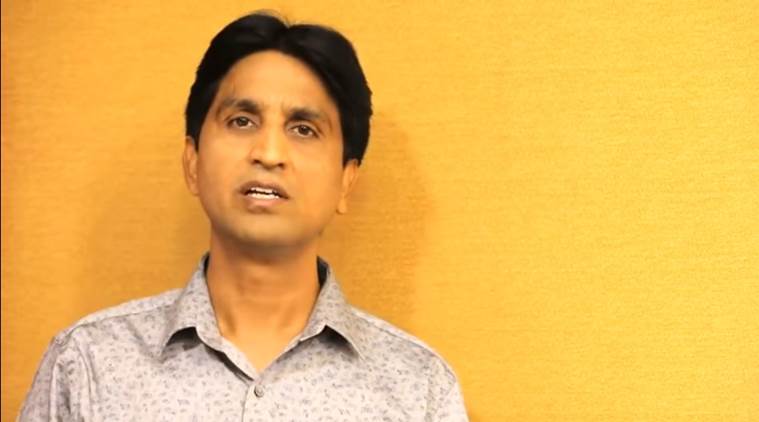 Kumar Vishwas, is the member of the Aam Aadmi Party and contested in the 2014 General elections from Amethi. However, he lost the election to Rahul Gandhi. He was also accused of illegal cash donation, during a sting operation conducted by a media portal, before 2013 Delhi Assembly Elections. However, AAP accused the portal for creating wrong image for the members of their party.

He is also stuck in a controversy for making derogatory remarks about Imam Hussain and Hindu deities from Kerala. The video clip was released by Kavi Sammelan and it went viral. Later Vishwas, apologized for his remarks.