Bigg Boss is a television reality show, which follows the format of the foreign show ‘Big Brother’. This show was developed by Endemol, Netherlands. In Hindi this show is named as ‘Bigg Boss’ and aired on Colors channel. In this show, the contestants are locked up in a house, where there is no clock, TV or cell phones. They are only allowed to talk in Hindi language. The contestants inside the house are called as housemates and they are provided with daily tasks by a mysterious person, whose voice only is heard inside the Bigg Boss house. 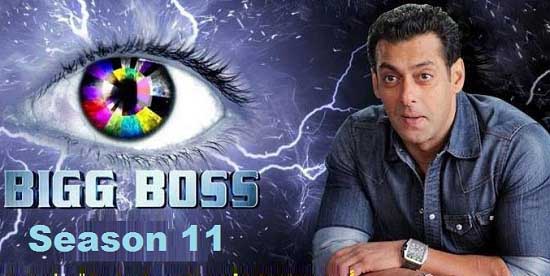 In this show, each week three contestants are nominated by the housemates. According to the people’s votes, one from the nominated contestants, is evicted depending upon the lowest vote secured. Each time 15 contestants are selected from both celebrity and non-celebrity background. In Hindi, already 10 seasons of this famous show has been aired in Colors channel. This year Bigg Boss Season 11, is being aired in the Colors Channel.

In this article, we are going to discuss about the Contestant names, Host name, Start Date and Timings of the show. Let us begin with the contestant name and a few details about their background.

Bigg Boss Season 11, will be hosted by the Bollywood Superstar, ‘Salman Khan’.